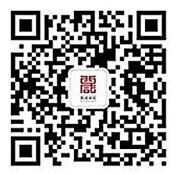 Professor Tang Tao received his PhD degree in 1989 from the University of Leeds. He joined Simon Fraser University in Vancouver in 1990 as an Assistant Professor, and was promoted to Associate Professor in 1992. He moved to Hong Kong Baptist University in 1998, and was promoted to Chair Professor in 2003. He moved to the Chinese mainland in 2015 by taking a Chair Professorship at Southern University of Science and Technology (SUSTech). In 2015, he was the Vice President (Research) and in 2018 he became the Provost of SUSTech.  In 2019, he became the President of Beijing Normal University-Hong Kong Baptist University United International College.

Professor Tang Tao’s research works in the field of Numerical Analysis and Scientific Computing has demonstrated both remarkable depth and breadth. They have a profound impact on the understanding of numerical schemes for hyperbolic equations, such as monotone schemes, fractional step methods, adaptive meshing method, and spectral method.

The awards and honours that he has received include the Membership of the Chinese Academy of Sciences in 2017, Fellow of American Mathematical Society in 2017, Fellow of SIAM in 2012, the State Natural Science Award of China in 2016, the Changjiang Chair Professorship by the Ministry of Education of China in 2005, Feng Kang Prize in Scientific Computing in 2003, and the Leslie Fox Prize for Numerical Analysis in 1988. He gave an invited lecture at the International Congress of Mathematicians (ICM) in 2018.

Professor Chen Zhi is an internationally acclaimed scholar and researcher in Chinese Studies. His diversified interests in Chinese Studies include classical studies and early Chinese culture and history, historical writings, traditional Chinese poetry, excavated documents and paleography: bronze inscriptions and bamboo and silk writings, and intellectual history of the Ming and Qing dynasty.

Professor Huang Huaxiong received his BSc in mathematics from Fudan University and PhD from the Institute of Applied Mathematics at the University of British Columbia. He was a full professor at York University before joining UIC.

Professor Huang Huaxiong is one of the leading industrial applied mathematicians in Canada with an international reputation. His research covers a wide range of topics, including fluid mechanics and scientific computing, with applications in finance, biology, physiology and medicine. He has published over 100 papers and serves on the editorial board of several academic journals.

Professor Jia Weijia obtained his Doctorate of Science from the Polytechnic Faculty of Mons, Belgium. He was a Professor at the Department of Computer Science in the City University of Hong Kong. Between 2014 and 2017, he served as the Zhiyuan Chair Professor of the Department of Computer Science and Engineering in Shanghai Jiao Tong University, China. From 2018 to June 2020, he served as Chair Professor of the University of Macau and the Deputy Director of State Key Laboratory of Internet of Things for Smart City.

In acknowledgement of his scientific achievements, Professor Jia Weijia was elected as a Fellow of the Institute of Electrical and Electronic Engineers (IEEE) and a distinguished member of the China Computer Federation (CCF).

Professor Jia Weijia has long been engaged in the research of computer science, enjoying a high reputation in areas such as AI Algorithm, Men-Machines-Things Knowledge Graph Completions, Smart City and 5G IoT, Next Generation Networking and Communications, and Edge Computing with 14 books and over 600 top-tier journal/conference papers to his credit. As a successful fund-applicant, Professor Jia Weijia has obtained substantial research funding as Principal Investigator (PI) and has received several prizes including the First Prize of Science and Technology from the Ministry of Education and the Best Product Award of Shenzhen Hi-tech Exhibition. He also took on a number of journal editorships, including IEEE Transactions on Parallel & Distributed Systems, Computer Communications etc.

Professor Adrian Bailey received his PhD degree in 1989 from Indiana University, USA and then joined Dartmouth College, USA as an Assistant Professor. He was promoted to Associate Professor with tenure in 1995. He moved to the University of Leeds UK in 1999 as Senior Lecturer and was promoted to Reader in 2004 and Professor of Migration Studies in 2007. In 2010 he joined Hong Kong Baptist University as Professor of Geography and Dean of Social Sciences, being promoted to Chair Professor in 2011. In 2020 he moved to Chinese mainland as Associate Vice President for Internationalization and Dean of the Division of Humanities and Social Sciences at HKBU-BNU United International College.

Professor Bailey’s research is on transnationalism, migration, and lifecourse theory. He has conducted a wide range of quantitative, qualitative, and ethnographic research in diverse field settings that include the US, Mexico, El Salvador, the UK, the Netherlands, Czechia, Italy, Georgia, Moldova, South Africa, Zimbabwe, and China.

The Awards and Honours received include election as Fellow (Academician) of National Academy of Academics, Learned Societies, and Practitioners in the Social Sciences, UK (FAcSS) in 2013, election as Member of Gamma Theta Upsilon, the leading Geography Honors Society for undergraduate teaching in the USA in 2004, election as Fellow of the Royal Geographical Society (FRGS, UK) in 2000, and the Lieber Memorial Teaching Associate Award, Indiana University, USA in 1989.

In addition to his scholarship, Professor Adrian Bailey has a wealth of experience in university administration at a senior level. He has served as Head of School or Dean since 1998 in the US, UK, Hong Kong SAR, and Chinese mainland, and as Acting Director of Center for Advancement of Social Science Research, Acting Director of the David C. Lam Institute for East-West Studies (LEWI), and Acting Provost at HKBU.

Professor Steve Liu earned his PhD degree from the University of Leeds in the UK. He began his academic career at Central South University, China, and taught successively at Imperial College, UK from 1991 to 1994, followed by the University of Kent, UK since 1995. With a wealth of experience in administration and management, he was appointed as the Chair Professor and the Head of Management Science Sector of Kent Business School, as well as the Director of Joint Research Centre for Anglo-Chinese Business and Management.

Besides his positions at UIC, Professor Liu also serves as a Professor of Beijing Normal University; the Overseas Professor in Evaluation Centre, Chinese Academy of Sciences (CAS); the Overseas Assessor for management and mathematics, CAS; the Director of the Centre for Evaluation Studies (CES) jointly established by Beijing Normal University (BNU) and BNU-HKBU United International College (UIC); the Executive Vice Director of UIC-WingChain Blockchain Research Centre; the Vice Chairman of the Chinese Evaluation Association, Chinese Society of Optimization, Overall Planning and Economic Mathematics; and the Deputy Director of CSIAM Activity Group on Financial Technology and Algorithm (planned).

Professor Steve Liu’s main research areas are in Management and Computational Mathematics, specifically in productivity and performance analysis, scientometrics and research evaluation, numerical partial differential equations, and computational optimal control. Prof. Liu’s H-index is 40. Over 200 of his research papers have been published or accepted for publication, mostly in major international journals. He has also taken up the Editorships of several journals, including Omega - The International Journal of Management Science, Information Process Management, and Journal of Research Management, etc.

Professor Pan Jianxin received his PhD from Hong Kong Baptist University in 1996, followed by his postdoctoral fellowship in Rothamsted Research of the UK (1996-1999), research associate in the University of St Andrews (1999-2000) and lecturership in Keele University (2000-2002). During his academic pursuit in the University of Manchester from 2002, he was promoted as Senior Lecturer in 2004, Reader in 2005 and Full Professor in 2006. Professor Pan had served as the Head of Probability and Statistics Group, on the Senior Leadership Team of the School and the Director of Internationalization of the Department of Mathematics at The University of Manchester, UK.

Professor Pan Jianxin is an internationally renowned researcher in statistical science and his research interests are within statistical modeling, statistical learning, and data science with application to medicine, public health, finance as well as industry. He has published over 120 research articles in journals of statistics and multidisciplinary research, and three research monographs with Springer and Science Press. He was awarded fundings from various research councils including those in the UK and Europe.

Professor Fang Kai-Tai is a reputable statistician. He was elected as life Fellow by the Institute of Mathematical Statistics (IMS) in 1992 and life Fellow by the American Statistical Association (ASA) in 2001 as well as Elected Member of the International Statistical Institute (ISI) in 1985. Professor Fang visited Yale University and Stanford University for two years and was invited as a Guest Professor in the Swiss Federal Institute of Technology and a Visiting Professor in the University of North Carolina at Chapel Hill. He was a Vice Director of the Institute of Applied Mathematics, Academia Sinica (now known as Chinese Academy of Sciences), Beijing from 1984 to 1992. He had been Chair Professor of Department of Mathematics, Hong Kong Baptist University from 1993 to January 2006, Director of Statistics Research and Consultancy Centre from 1992 to 2005 and Head of the department from 2002 to 2005.

His research interests are in statistics and mathematics, more specifically, in experimental design, multivariate analysis and data mining. He has been a productive author and has published 24 books (including 5 monographs in English), near 300 referred papers. He was the co-inventor of the uniform experimental design, which is used by engineers to expedite product development. He developed new methods for inference in generalised multivariate analysis.

Professor Fang has received a number of awards, including 2008 the State Natural Science Award at the Second Level with Wang Yuan, 2012 Guangdong Excellent Teacher by the Guangdong government, 2012 Zhuhai Advanced Teachers by the Zhuhai government, and 2014 ICSA Distinguished Achievement Award.

Professor Sun Weiwei has been selected for the Guangdong Province Universities and Colleges Pearl River Scholar Funded Scheme. He received his PhD in Applied Mathematics from the University of Windsor in 1991. He held a professorship at the City University of Hong Kong before joining UIC. His research interests are in the area of computational mathematics, specifically in numerical partial differential equations, mathematical modelling and matrix computation. He has published over 130 research papers in referred journals and received more than 20 research grants as PI.

Professor Wang Qing-Guo joined UIC in 2020. He was with the Department of Electrical and Computer Engineering of the National University of Singapore from 1992 to 2015, where he became a Full Professor in 2004. He was a Distinguished Professor with the Institute for Intelligent Systems, University of Johannesburg, South Africa. He holds A-rating from the National Research Foundation of South Africa. He is a member of the Academy of Science of South Africa. His research lies in the field of Automation/AI with focuses on modeling, estimation, prediction, control and optimization. His works cover the cores of Industry 4.0. He has published 7 research monographs and 350 technical papers in international journals. He received nearly 19000 citations with h-index of 75 and i10-Index of 229. He was presented with the award of the most cited article of the top control journal Automatica in 2006-2010 and was in the Thomson Reuters list of the highly-cited researchers 2013 in Engineering (1 out of 250 worldwide). He has supervised about 30 postdoctoral research fellows, about 40 PhD students and about 30 Master students.